The popularity of this product could not be overstated.  This new V2 has been tuned by TBS engineers for improved signal and uses thinner aircraft steel cable for reduced weight.  You will NOT find the V2 antenna anywhere but at FPVCycle.  If seen elsewhere, it is a fake copy.

This antenna is manufactured by TBS and this specific variation is only made for FPVCycle.  It is designed to be small, light, and easy to use however you cannot expect full range from this antenna.  You cannot even expect quarter range with this antenna.  Extreme range is not what this antenna is intended for.  It’s intended for close range applications such as racing, Toothpicks, super Whoops and other small crafts.  This is still Crossfire however so even with this tiny antenna, ‘short’ range is not very short.  We've gone a few kilometers but the intended range is generally within a kilometer.

The quality of this antenna is supreme.  The active elements are made of the same durable wire as the actual Immortal T but just a bit thinner to save weight.  The rubber center of the Immortal T has been removed to save weight and the center is wrapped in two pieces of heat shrink.  Yes there is a small gap between the two pieces of shrink.  Take care not to have this riding up against a carbon frame.

Got the 5 pack, but used two. I got them on 2 ultralight quads. They work great! Get them and send it!!

D
D.
For the whoops and picks

It’s what you’d expect. Built for small applications. On 25mw has very limited range and not great penetration. Works well for indoor whoops at this power setting.

Had a decent order from BOB’S company and never received my order now it’s almost 4 months later and they swept me under the rug! This place is a joke when the F up they say one thing and don’t do shit! Theses clowns didn’t put my my house number in the shipping label just city,zip,state! So yeah it shipped and yeah I tracked alllllll they way to my city and now all they way back and yeah it says it’s delivered yeah back to them duuuuaaaa! It’s all a scam run by RDQ! Or Pryo!, this JAKE guy is a clown sees his mistake says he’s going to take care of it and never happens I would be pissed if this was my normal orders of 300$+ looks like this is how they pad up inventory! RUN RUN RUN 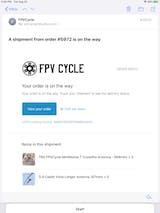 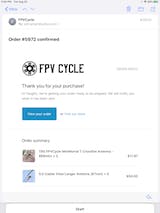 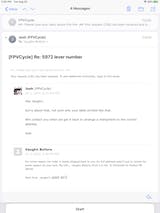 123
Back to Recently Added