You will always find the most up to date version of this frame here.  The latest updates make the frame significantly more durable without adding much weight.

Good quality drivers or otherwise drivers that will not strip or deform such as those made by MIP are always STRONGLY encouraged.

The Glide Floss is built to work for you.  Its focus is durability for it's weight, convenience and compatibility.  The option of dead cat arms is directed at those needing a workhorse for FPV videography and absolutely must get their props out of view with low GoPro tilt.  The arms are also easy to swap so you can go back and forth.  This design comes from the legacy of Hyperlite and Floss frames with optimizations over all freestyle frames in the series before it.  If you’re running a Flowride or FlosStyle, we know you love them but overall this design is better balanced, easier to build and maintain, stronger and comes in better carbon.

Weight adds up quickly and is enemy #1 for flight performance. You don't really need that giant Vtx antenna mount or those thicc TPU shoes. The 20x20 mounting platform in front is primarily intended for your flight controller. This is due to the heaps of various types of noise radiating from your ESC, power lines, vtx and most importantly, the Crossfire receiver. Telemetry left on with Crossfire will disturb your OSD chip and camera. It's recommended that your Crossfire Rx be moved to the rear while the camera and FC stay up front. The first time you put this frame together it will be very tight.  It will seem like the holes are off, they're not.  Carbon compresses over time and this design will compress to normal rather than loose which causes arm wiggle.  If your frame doesn't feel rigid after a while, please tighten your screws.  They too come loose over time.

Glide floss is not really the best floss for your teeth, it just fit the naming scheme well. It's made of a very slippery material that may fit between teeth easily but also slips over plaque easily. While it may be the only floss people with braces can use effectively, Reach Dentotape is far superior floss. It's double wide and braided so it will gently scrub the sides of your teeth and gums clean. Please floss at least once a day and stay away from products containing high fructose corn syrup.

This is a beautifully made frame with a simple but clever design. Holding up strong so far!

I’ve built 3 of these for freestyle. Mostly office parks and Bandos. And they hold up (I was a bit skeptical at first). And tons of room for setting up your build how you like.

I would recommend purchasing extra arms. I rarely break the arms. But, I have had them “wear out” and get flexy over time. Lots of crashing on concrete will do that.

C
Cornpop Fpv (Anacortes, US)
Contemplating whether some people should be flying fpv, or stick to video games..

I look through reviews, noticing a trend with the one or two star reviews.. I'm coming to the realization that there are people who claim to fly fpv (some of them even gave themselves an FPV handle.) Some people will rate a frame based on things that are at the low end of common sense.. Like this fc or motor is broken because it turns the wrong way.. Or they're angry because there isn't a roadmap included for the location of screws.. Or they smash a motor into a pile of rocks and complain that the bell is bent.. One has to wonder if these people got past the barrier to entry by accident, and now have a key to the skies? I guess it's their right to do so, I believe in freedom. But these people should be warned. If they can't figure out these very basic "problems" (that aren't actually problems, they're just steps in the process) they might take that as a sign, and put more effort into educating themselves before freaking out and shitting all over a product/designer. There is always an Eachine Wizard, if applying logic is too much of a jump. 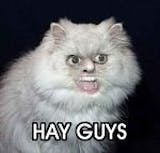 J
John Smith (Henderson, US)
What is so hard about a providing a guide?

Why cant the person who designed the frame provide simple documentation on what screw goes where. Instead of one person who is selling the frame, every single person has to hunt down youtube videos that are outdated and scourer discord for help to try and figure out where 9 different screw types go. Typical fpv company owner laziness.

A
Alec Hall (Columbus, US)
The best frame for the price

I use it as a full size GoPro rig with a Hero 7 black, Imperial 25mm motors and 5226 props. Ridiculously smooth with great resonance characteristics, was able to hit 1.8 PID Master in stock form and 2.0 PID Master with greased arms. Much more durable than previous versions as well.